Parliament looking to go one better 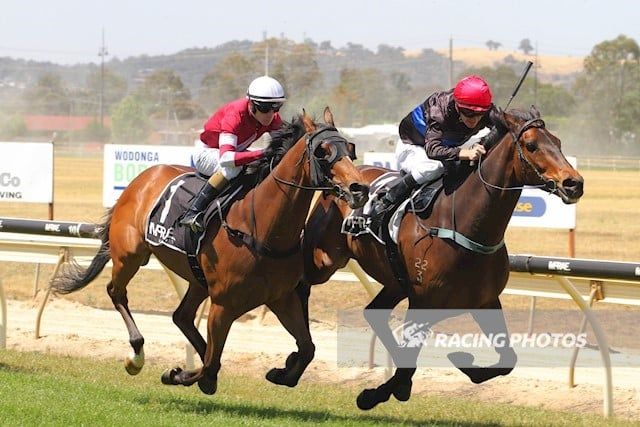 Parliament will race in the same class and at a similar distance to last start, when he lines up in the Benchmark 64 Handicap (1950m) at Yarra Valley tomorrow.

The hope is for Parliament to go one better than his narrow defeat in the Benchmark 64 Ollie Cox Memorial Handicap (2050m) on Wodonga Cup Day.

Believing that his stable star will enjoy another trip at the 2000m, Andrew Dale decided to bypass the Ted Ryder Cup (1600m) at Wagga on December 24.

“We thought he was really well placed last start and we were just beaten by a better horse on the day,” Dale said.

“One Hellofa Family has since run well at Moonee Valley so we are hoping the form holds up.”

Apprentice Cambell Rawiller takes his first mount for Dale and will claim 3kgs off Parliament’s top weight of 62kgs in tomorrow’s $30,000 event.

Due to Friday’s predicted heat the program has been brought forward with Parliament set to run at 1pm, in race 6.