Parliament proves a class above rivals at Wagga 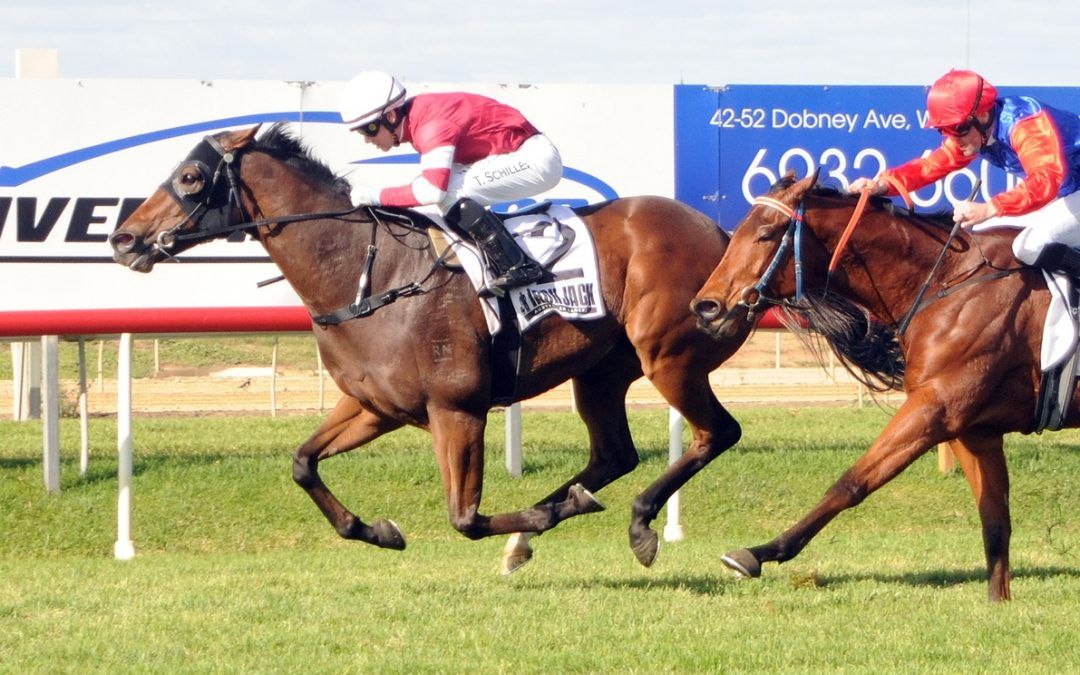 A drop in grade and a clever ride from apprentice jockey Tyler Schiller has paved the way for the Andrew-Dale trained Parliament to return to the winner’s circle at Wagga on Sunday.

Schiller gave Parliament the run of the race,sitting in behind early leader Gentleman Max.

The leading apprentice waited until the final furlong before Parliament surged to the lead and held off the challenge from Jungle Book.

Dale was thrilled with the win but was forced to watch the race from his Wangaratta stables due to the coronavirus restrictions.

“It’s always a bit nerve-wracking when you have to rely on other people to look after your horses,” Dale said.

“But it is all worthwhile when you get the win.

“He went through his grades really quickly after he first arrived from New Zealand and is a lot harder horse to place locally now.

“Once he hit that Benchmark 70 level we were forced to go Melbourne and Adelaide to find a suitable race.

“I thought he run a super race at Bendigo last-start in tougher grade.

“It looked a nice race for him today dropping in grade and he got the job done.”

Parliament boasts a handy record of six wins and six minor placings from 21 starts and more than $100,000 in career earnings.

“I thought he ran a super race at Bendigo last start in what I thought was a really strong race,” he said.

“It looked to be a nice race for him at Wagga today dropping in grade and he was good enough to get the job done.”

Dale said it was a strong effort by Parliament who showed a superior turn of foot in what turned out to be a sit and sprint affair.

“I was a bit worried as the race unfolded because the leader Gentleman Max was getting a soft lead and I thought we would have to run a really quick final 400m to get past him,” he said.

“But Tyler summed it up perfectly and outstayed them in the end.

“It was a nice win lumping 61.5 kilograms but horses can do that if they are up in weight and one of the better horses in the race.

“It was his third run back today and was close to peak fitness.

“He was doing his best work late when first-up at Wodonga in slick time and then proved competitive at Bendigo against some quality gallopers.”

Dale said he would now most likely target the Young Cup later this month which will be run on Wagga’s Riverside track.

Meanwhile Albury apprentice jockey Danielle Scott landed another winner at Wagga on Sunday as he comeback in the saddle gathered further momentum.