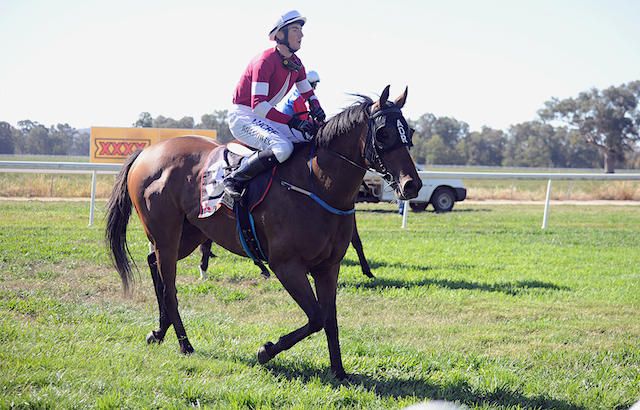 Andrew Dale’s in form gelding Parliament will tomorrow face his biggest challenge to date as he chases a fourth Australian win.

The four year-old heads to Canberra where he’ll run in the Federal Benchmark 70 Handicap (2000m).

The son of Crowded House has registered three wins from four starts and was desperately unlucky running third at Wagga in April.

Friday’s race is worth $40,000 in prize money and is restricted to Canberra and NSW Country-trained horses.

It’s a recipe Dale believes is perfect for Parliament at this stage of his campaign.

“When you have a horse going well you often have a throw at the stumps in a big race, but this time we’d like to progress him through his grades as best we can,” Dale said.

“Facing Canberra-trained horses is the next step outside of our region and we are hoping he can make the jump.

“So far he’s met every challenge we have thrown at him.”

Friday’s race jumps at 3.40pm with Parliament starting from barrier three with Billy Owen to ride.