Parliament streets ahead at Wodonga 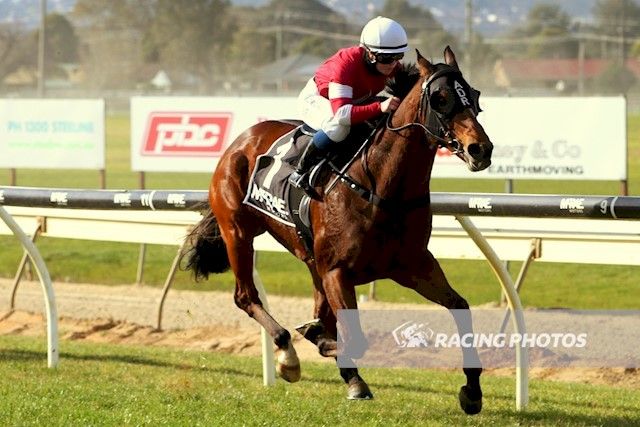 Parliament has given Andrew Dale Racing the perfect start to the new racing season by saluting at Wodonga today.

Dale’s first runner for the 2020/21 campaign was a class above his rivals taking out the Benchmark 64 Handicap by three and half lengths.

Some bold tactics were displayed by jockey Alexandra Bryan who let Parliament ($5) stride to the front mid-race after being caught wide in the early stages of the 2050m event.

It was the eighth career win for one of the stable’s best performed gallopers and first at Wodonga after a near miss in one of his two previous starts at the venue.

Andrew Dale was thrilled with the victory saying it was a great way to start the season.

“We were a little worried because he’s a strong doing horse, but Alexandra handled him beautifully,” he said.

“When the pressure went on, he was only one who could sustain it.”

Valour Elite showed promise in his second start for the stable running third in the Benchmark 58 Handicap, the four-year-old gelding was beaten by a quarter of a length.

A strong effort from Parliament who finishes in front! pic.twitter.com/CuugZ5DBrR