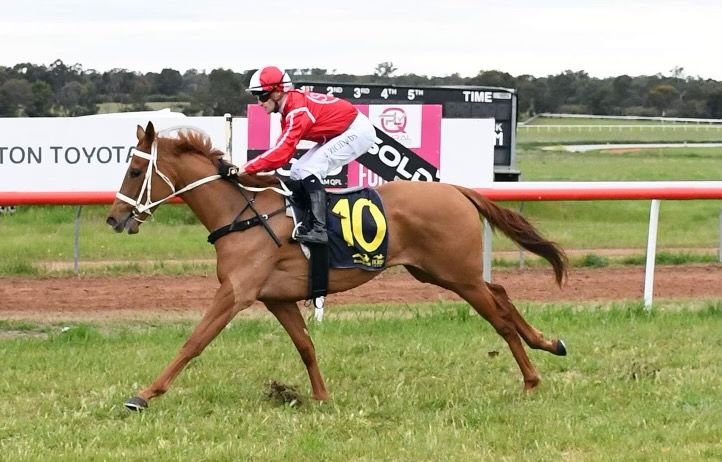 Shooting For Stars has backed up a promising debut by claiming her maiden win at Narrandera.

In just her second start the three-year-old filly secured a comfortable three length victory in the 1200m Maiden Plate on Monday.

Jockey Josh Richards said it was an impressive run with plenty of improvement still to come for the filly.

“It was a pretty effortless win really,” he said.

“She improved throughout the gallop and really increased from the 600m.

“She balanced up and let down really nicely, she’s got a lovely action and was really stretching out.

“She’s still quite green but was just far too good for them today.”

Shooting For Stars was a $15,000 at the 2021 Inglis Classic Sale, a chestnut filly by Shooting To Win out of the Red Randsom mare Red Fuschia.