Stable keen to raise the bar with grey sprinter 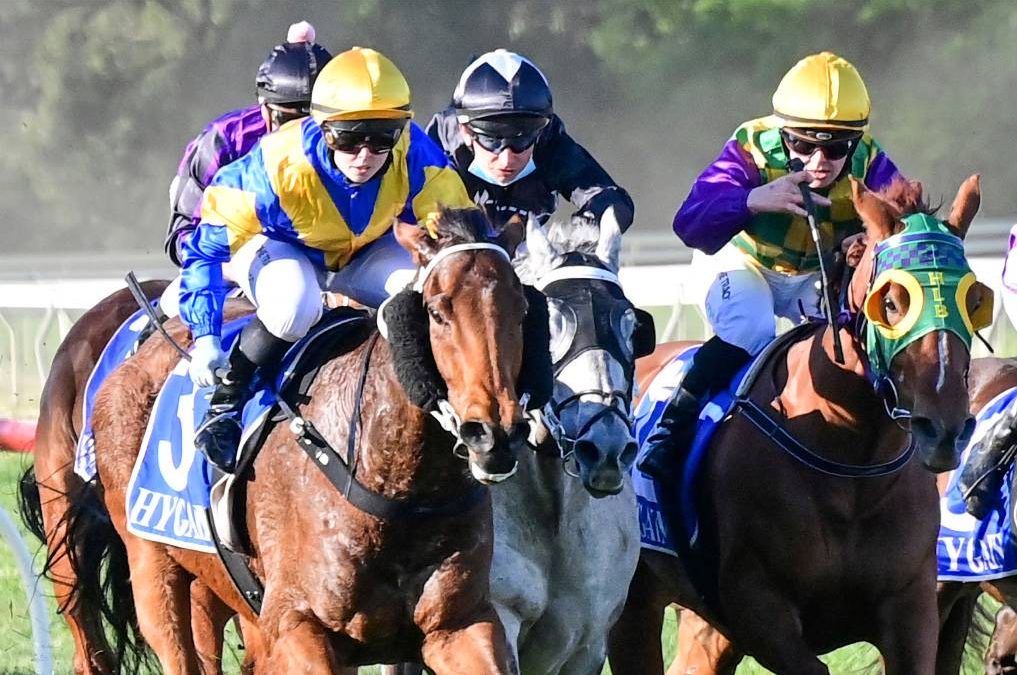 The Andrew Dale-trained Chairman’s Choice claimed his second victory this preparation after being awarded the race in the stewards room at Tatura on Saturday.

The grey sprinter was severely hampered by Swift Hit who shifted in abruptly when jockey Jake Duffy tried to burst through a gap approaching the 100m mark.

Chairman’s Choice surged again late to be narrowly beaten but Duffy was quick to fire in a protest in a dramatic post race twist.

Racing manager Frazer Dale said it was a relief to win the race on protest.

“We expected him to be hard to beat because he has been in such terrific form this preparation,” Dale said.

“Our only real concern was that the Tatura track probably doesn’t suit his racing pattern of getting back and charging home late.

“But the horse was really strong late and was obviously impeded when Swift Hit shifted in and took his running.

“Jake fired in a protest and to get the outcome we were after was fantastic.

“To be hampered as badly as he was but to recover and be surging again late is a credit to the horse.”

Chairman’s Choice has been a model of consistency since joining the Dale stable earlier this year.

The six-year-old gelding is yet to miss a place in seven starts for the stable and also won at Wodonga last month.

Dale said the stable will consider raising the bar and targeting a heat of the 55 Second Challenge at Moonee Valley in the coming weeks.

“He is in career best form so we are keen to find another race for him,” he said.

“His rating will go up now and he will have to rise in class and face some tougher company.

“Jake is of the opinion that he could prove more than competitive in the 55 Second Challenge at the Valley.

“So that’s more than likely going to be on the radar.”