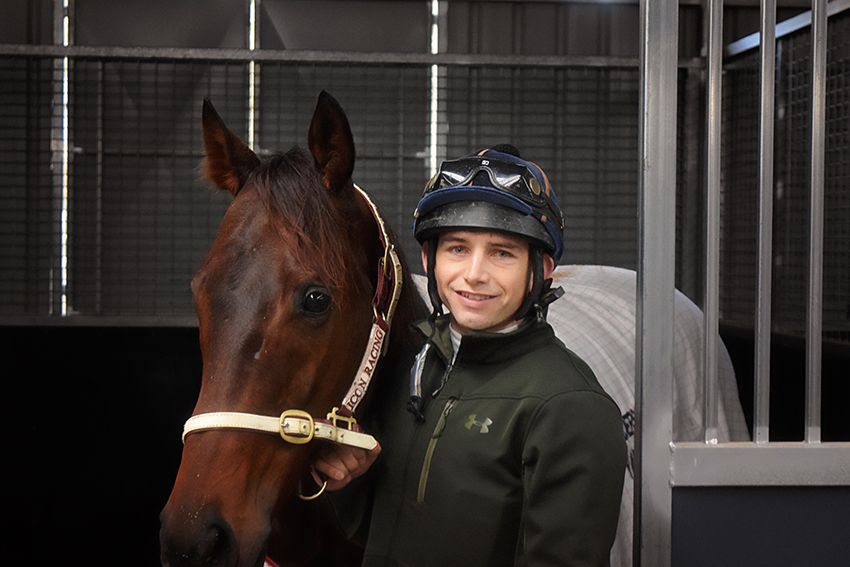 Jake comes from a family steeped in horses, his father Steven was a multiple Group 1-winning reinsman, while his grandmother and uncle were involved in harness racing.

Duffy started out with Benalla trainer Vincent Nolen, father of leading jockey Luke, with who he spent four years learning his craft.

After missing the start in his first race by 15 lengths at Balranald in February 2009, Jake has built an impressive resume riding for some of the country’s biggest trainers and collecting wins in Sydney, Adelaide and Melbourne.

Some of his most successful stable partnerships have been with Peter Moody, David Hayes and Darren Weir before becoming one of Andrew’s main race day and track work riders in 2017.

Watch: Jake Duffy at his best for ADR