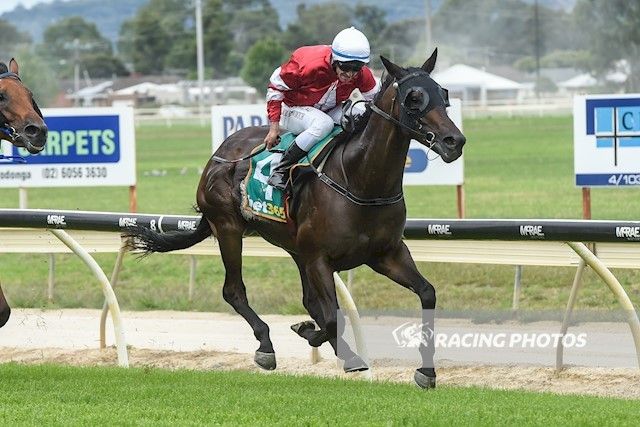 After 330 days between triumphs Suburbia is back on the winners list, saluting in the final race at Wodonga today.

Opening at $10, Suburbia was well backed late moving into $5 pre-race before jockey Joe Bowditch produced a faultless ride, holding off a fast-finishing Global Sanction to win by a length.

It was Suburbia’s first win beyond 1400m and first victory since saluting at Berrigan on March 14 last year.

In steering Suburbia home and completing his own double, Bowditch said he was delighted to repay the faith shown to him by Andrew Dale Racing.

“Really pleased to get a winner for Andrew, he’s been a really good supporter of mine, (he) gives me a lot of rides,” Bowditch said.

“Things haven’t really gone our way so it’s just really nice to win that one for Andrew and Frazer.”