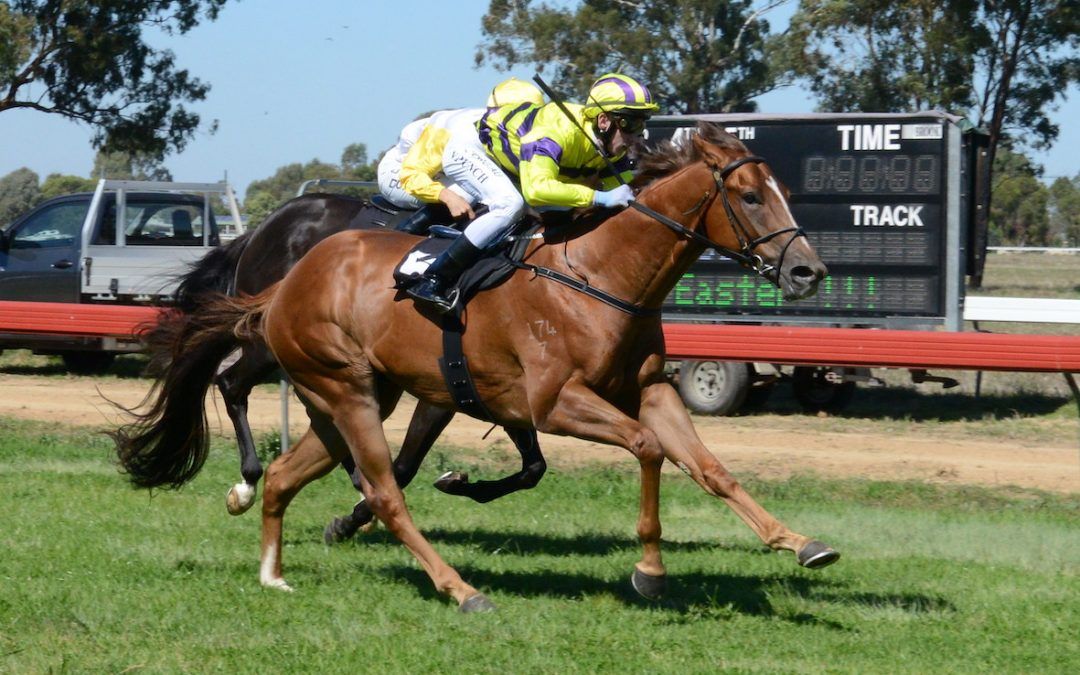 After a luckless effort seven days prior at Wodonga the stable elected to back the gelding up with the race only receiving a handful of entries at nomination time.

“The nominations were extended and while he’s not the ideal horse to back-up we rolled the dice and were rewarded,” Frazer Dale said.

“Tabsy is a real stable favourite, he’s just a lovely type with a great nature so it’s always good when he gets a result like this.”

A strong crowd rolled into the annual Tocumwal Cup meeting which provides a great day of racing for the club and community.

The Andrew Dale Racing stable had seven runners across the day including Parliament who started his latest campaign in the Tocumwal Cup (1300m).

“Parliament was a nice return, he led the field but got tired late,” Frazer said.

“We’re very excited to see him getting back out to mile this preparation.”

Namarari was also bold in defeat after running fourth in the Benchmark 50 Handicap (1600).