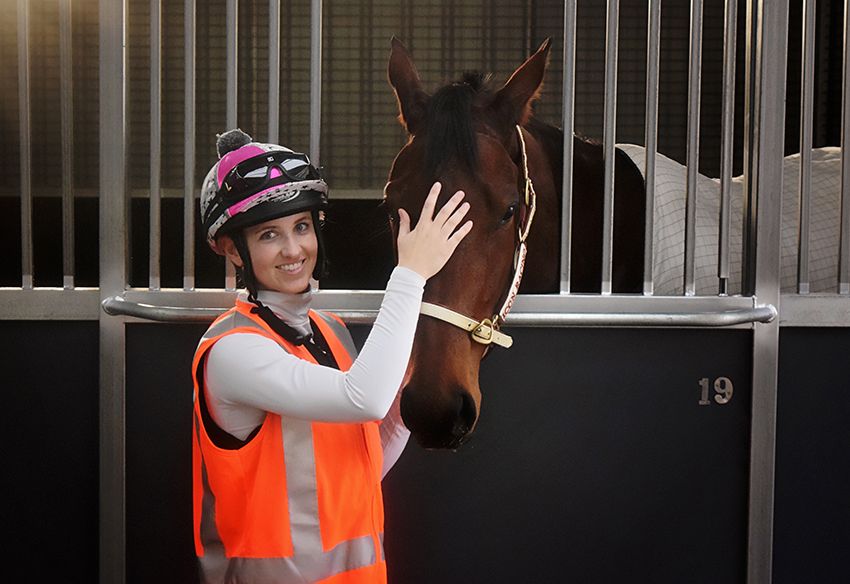 We are thrilled to introduce Tara Duffy who has recently joined us riding track work and as another option on race day. Tara is the wife of Jake Duffy our main jockey over the past two seasons.

Unlike her husband Jake, Tara didn’t grow up around horses but after being told at age 12 that she would make a good jockey, when at a garage sale in a stable in Nowra, the idea stuck.

In 2011, Tara was apprenticed to Paul Murray at Kembla Range and quickly became a popular choice for many trainers in South East NSW.

Since 2015, Tara’s career has been stop-start, balancing horses with motherhood and work as a hospital ward clerk, however in June 2019 she took her first race ride for Andrew and is keen to add to her 57 victories.