Treble for Dale stable at Deniliquin 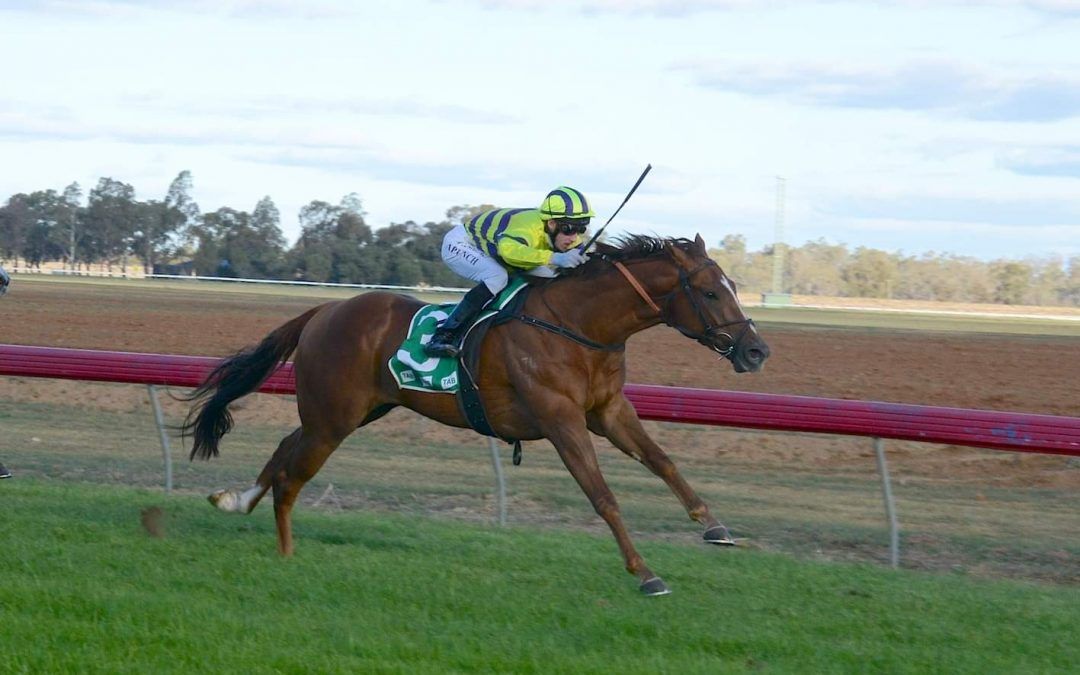 Andrew Dale Racing has capped off a stunning weekend by capturing three wins at Deniliquin today.

After Mescaminto and Submission grabbed their first victories with the stable at Wangaratta on Saturday, Wijdann and Diss ‘N’ Dat both broke their maidens in the first two races at Deniliquin, before Tabloid Star collected his second straight win by saluting in the last.

Nathan Punch rode all three winners, and after steering Wijdaan to a narrow victory in the Maiden Plate (1000m), the next two triumphs were a little more comfortable.

Punch guided Diss ‘N’ Dat home by more than one and half lengths in the Maiden Plate (1400m), before Tabloid Star scored by just over a length in the Benchmark 50 Handicap (1200m).

Frazer Dale said it was fantastic to return from another meeting with several winners.

“It’s been a big weekend but it’s obviously great to see the work pay off for the stable and all connections,” he said.

“Wijdaan won well, she’s been knocking on the door for a while now, so it was good to see her break through.

“Diss ‘N’ Dat came back in trip to the 1400m, and Nathan Punch rode him beautifully to come away with a nice win.

“Tabloid Star was able to continue his good form, he needed luck today and he got the breaks at the right time.

Today’s treble takes the stable’s win tally to 21 for the season, a new record for the stable with a few months remaining in the campaign.