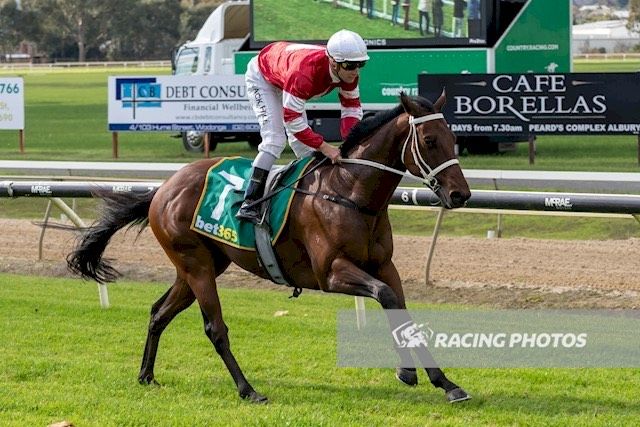 It has taken little time for Vayamos to taste victory with Andrew Dale Racing with the recent stable addition saluting at Wodonga on Saturday.

Vayamos ($20) won in dominant fashion in the day’s opening race with Jack Hill steering him to victory by three and a quarter lengths in the Maiden Plate (1590m).

Racing Manager Frazer Dale said it was a pleasing result.

“We were encouraged by his first run at Wangaratta six days earlier and thought he could build on that at Wodonga,” Dale said.

“He’s a horse with European bloodlines and is by Vadamos (FR) from With a Twist (GB).”

The stable added three minor placings on the day, all in 0-58 grade with Wynsome Maid second over 1100m while Shiny Rock and Submission collected thirds over 1590m and 1300m respectively.