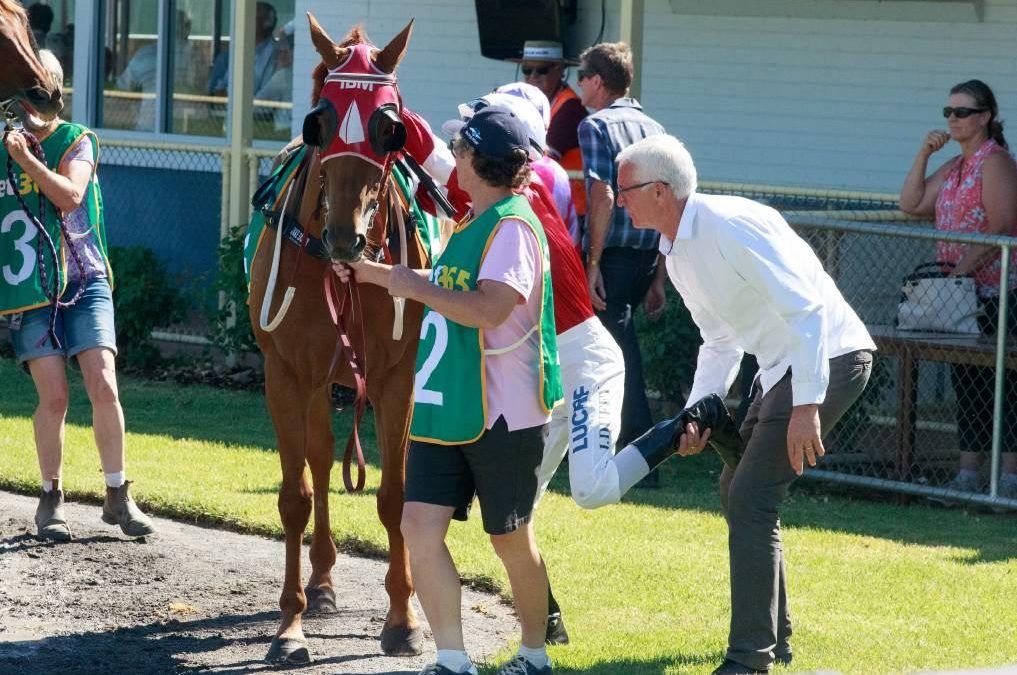 Albury trainer Andrew Dale will set a time frame for a loyal campaigner to resurrect his career.

Eight-year-old Little Red Devil will contest Saturday’s $15,000 Berrigan Cup (1600m) after battling injury for much of the year.

“His first couple of runs haven’t been that good, we’re looking for improvement in the (Berrigan) Cup.”

The veteran has finished last in his two starts since the seven-month spell, but Dale admits he wasn’t expecting too much.

“No, the first couple of starts were more or less just to make sure we got him some race fitness,” he said.

“We pushed forward and made sure that he worked quite solidly and hopefully that gets him ready to race at Berrigan.”

And Little Red Devil, who has 18 placings from his 59 starts, including seven wins, will be on trial.

“He needs to be getting back to somewhere near his best and be competitive in the next couple of starts,” Dale said.

“If he can’t find the form that he did have, he’ll head to the retirement home and we’ll basically try and find him somewhere where he can be looked after because he’s been a great horse for us.

“He’s been a great old campaigner, he’s won a couple of those country cups, he won the Towong and Narranderra Cups.”

Dale will look to snare another in Berrigan’s field of eight.