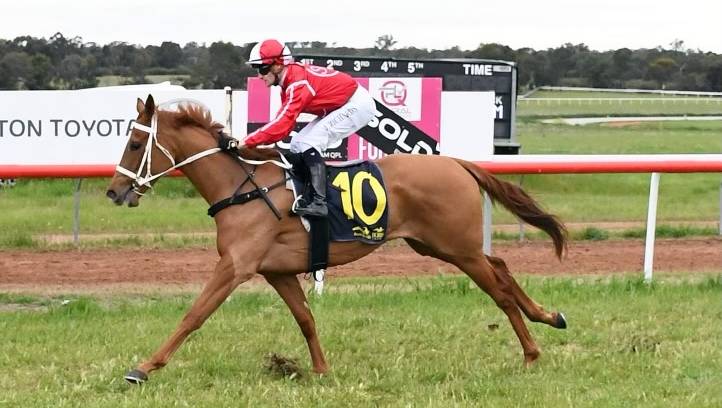 The Andrew Dale stable is plotting a rare feat with lightly-raced filly Shooting For The Stars at Narrandera on Sunday.

A transferred meeting from Cootamundra, Shooting For The Stars will be striving for two wins at Narrandera in less than a week after winning at the track on Monday.

Shooting For The Stars won her maiden on Monday in only her second career start and will form part of the stables assault at the meeting.

Racing manager Frazer Dale said the stable could have more than a dozen runners at Narrandera and 20 plus for the weekend with meetings at Wagga on Saturday and Wangaratta on Sunday.

“One horse that will definitely race at Narrandera is Shooting For The Stars,” Dale said.

“She won last-start at Narrandera on Monday so is on the quick back up.

“She won really well and it was a dominant win after scoring by three lengths.

“She was first-up and has drawn a nice barrier and is well weighted being a three-year-old filly.

“Looking at the final field, there does look to be two other strong hopes in the race.

“History says it’s always hard to win a Class One after winning a maiden.

“But the way she won last-start was impressive so I think she has the credentials to overcome the rise in class.”