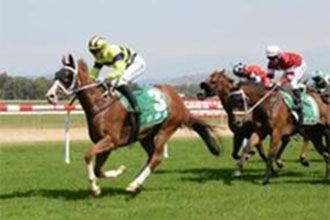 Andrew Dale Racing has collected another win in December with Royal Gun Salute claiming victory at Albury on Boxing Day.

The recent addition beat out stablemate Crooked Creek to win Sunday’s Class 1 Handicap (1175m) by one and a half lengths.

Piloting the four-year-old gelding for the first time Hannah Williams said it was a quality run from Royal Gun Salute.

“We got away relatively well today, we just settled in midfield, and I just took the safe bet and decided to go around them,” she said.

“He ran through the line super, so really happy with his run, it was a strong run.”

The stable added a third place in the final race of the day with another ADR debutant Act of Aggression finishing just half a length off the winner.