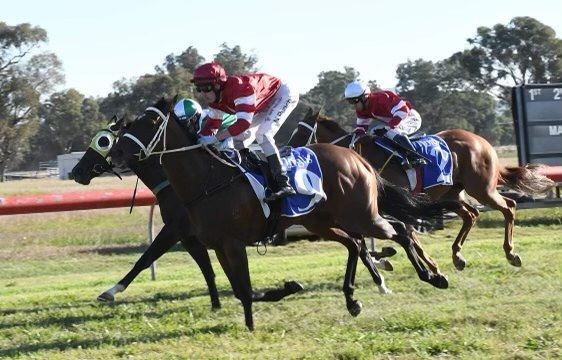 A long-term project for the Andrew Dale stable after being purchasing at the sales as a yearling, things hadn’t gone to plan to start her latest preparation.

After failing to finish at Leeton where she bucked from the barriers, the mare was sent back to the jump outs by stewards but has since pleased Racing Manager Frazer Dale.

“She put in a really nice run at Towong and we were happy enough with her going into Holbrook,” he said.

“She was aided by a fast tempo set in the early stages and she was able to finish the race off strongly.

“She’s always showed glimpses of ability so hopefully she can put a couple together on the Non-Tab circuit throughout April.”

Ali’s Choice was offered by Twin Hills Stud at the 2019 Inglis Classic Yearling Sale and was purchased by Andrew Dale Racing for $30,000.