Corowa is the key for Dale trained sprinter 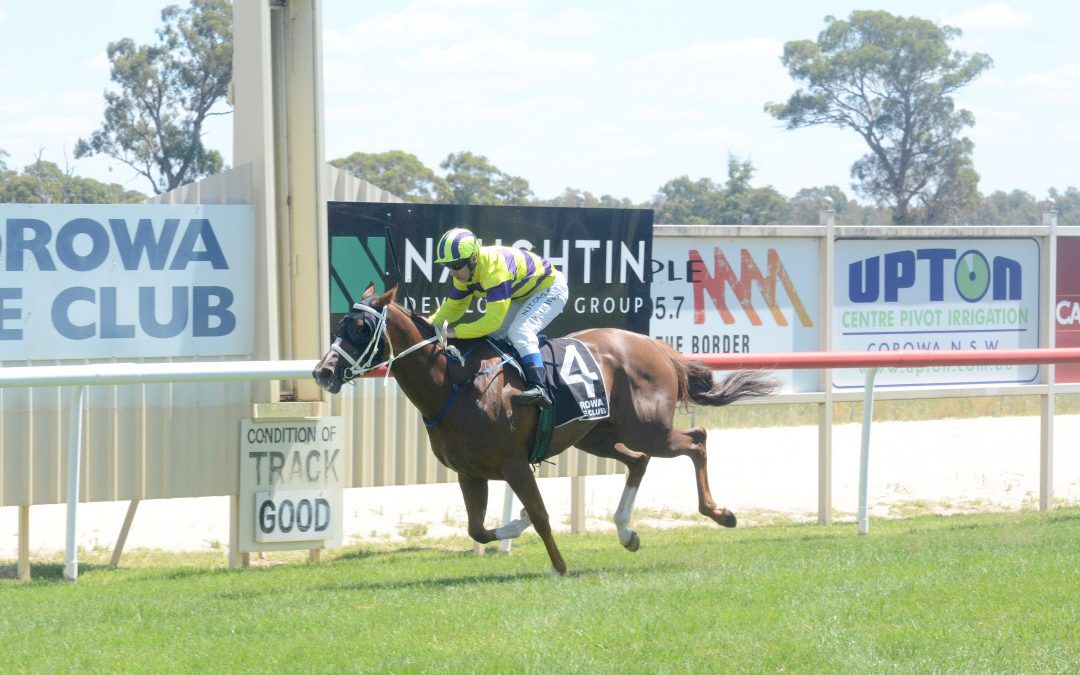 The Andrew Dale-trained Strawberry Swing enhanced her affinity for Corowa when she notched her third career win at the track on Tuesday.

It was the three-year-old filly’s third career win from 12 starts.

Strawberry Swing ($4.80) has now had four starts at Corowa for three wins and a second placing.

Racing manager Frazer Dale said Strawberry Swing always travelled like a winner after getting away with some slow mid-race sectionals.

“Her racing pattern is to lead and we didn’t want to change it,” Dale said.

“She is a natural, free rolling sort of horse who likes to dictate the pace.

“She has proven to be really effective at Corowa and has now had three wins from four starts on the track.

“She got away with murder in front today and I was always confident she would give a big kick in the straight.”

Adding further merit to the win, Strawberry Swing is in her first preparation and has been up since July.

“The team at home has done a really good job to keep this horse up and racing,” Dale said.

“She is only a three-year-old filly and has had 12 starts this preparation.”

Dale has elected to keep Strawberry Swing racing predominantly over sprint trips of 1200m or less.

But his son Frazer feels the filly can be ultra-competitive up to 1400m after notching her first win over 1300m yesterday.

“It just depends on how the races are run and if the race is run to suit.

“She had every opportunity to do that today with the way the race unfolded and she finished strongly.

Travers was also aboard Strawberry Swing when she saluted at Corowa last start.

“It was a surprise (today), to be honest. She does so much wrong, but because she got an unchallenged lead she didn’t fire up and got away with nice sections.

“She’s an out and out leader, she hangs pretty bad if you ask her to do anything she doesn’t want to do.”

The Dale stable heavily targeted the meeting with seven runners.

The spoils on the seven race card were shared with seven different winning trainers and jockeys.

The club will hold its cup meeting on Saturday, March 12 with the feature worth $37,000.