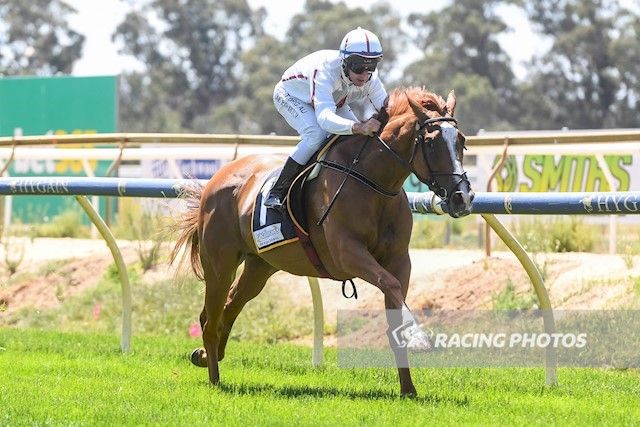 The first of seven runners on Friday, Countess Rostova triumphed in commanding fashion, winning by five and a quarter lengths in the $23,000 Maiden Plate (1206m).

After saluting with Suburbia 11 days ago, Joe Bowditch was responsible for another ADR victory, guiding Countess Rostova home in her second start in white and maroon.

A $2,500 purchase by the stable at the December Inglis Digital Sale, today’s outing was just the ninth career start for the five-year-old mare by Declaration of War (USA).

Racing manager Frazer Dale said it was an outstanding result.

“It was a really impressive showing by a horse we think has a lot to offer,” he said.

“We purchased her based on her form and although she didn’t have a lot of luck from out wide in her debut two weeks ago, it didn’t take her long to breakthrough.

“Today she got to the front early and did it easy, it was another great ride from Joe too.”

Countess Rostova absolutely bolts in to break its maiden. 👀