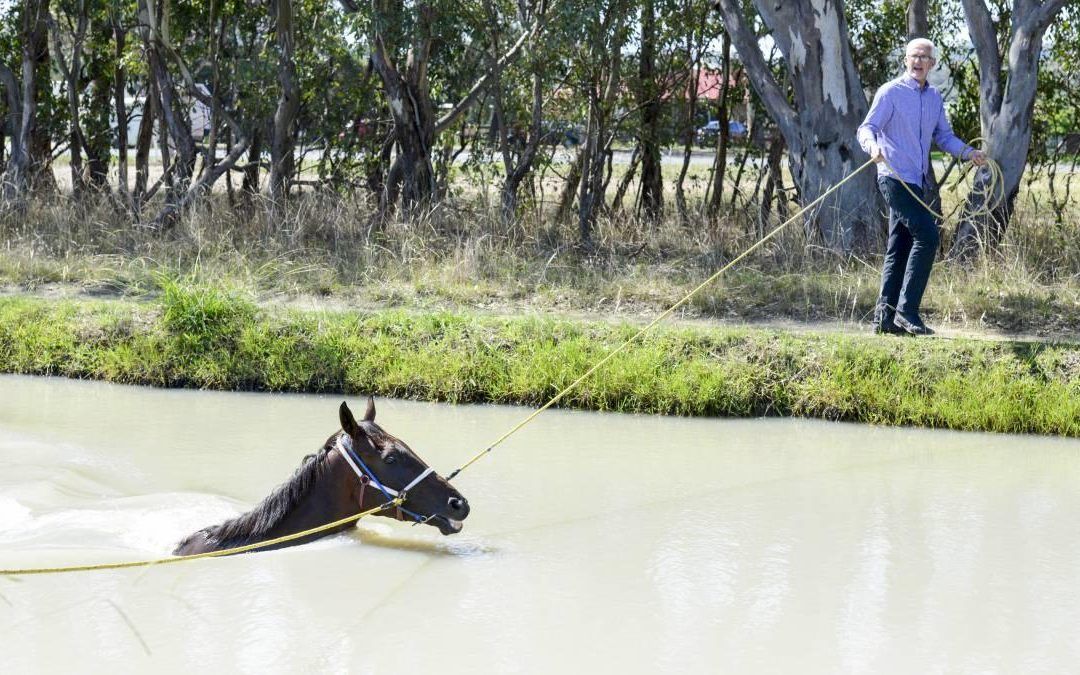 WETTER the better is how Albury trainer Andrew Dale is approaching the lucrative prize on offer for his charge Lautaro in the $400,000 NSW Country Championships (1400m) on Saturday.

The former Kiwi galloper has plenty of experience on heavy tracks which is expected to be the case again at Randwick.

Lautaro flashed home late in his first-up run this preparation to win the Southern Districts qualifier at Albury to pip Forever Newyork who will join him in the final.

The duo are rated outsiders in the race at $31 and $51 respectively, but Dale thinks punters will take a closer look at his horse’s form if rain keeps tumbling down, as expected, before Saturday.

“If the track is heavy I think it will really suit us,” he said.

“He has been on heavy tracks in both New Zealand and Australia and he will feel right at home in those conditions.

“If people look at his form on heavy tracks and his second-up credentials some might be having a second look at his chances.”

“Without the amount of racing and rain they’ve had at Randwick who knows how the track will play,” he said.

Lautaro’s preparation was topped off with a gallop at Albury on Monday morning before the track was shut again to complete the drainage upgrade.

Dale will head for Sydney early Friday morning and set up camp for the next two days in a box at Gai Waterhouse’s Randwick base.

“He worked nicely and pulled up well so we’re ready to go,” he said.

“When you are racing for that amount of prizemoney on such a high-profile day it’s hard not to pinch yourself that this is all really happening.

“I couldn’t be happier with the horse and what we’ve been able to achieve in such a short time.”

Lautaro will remain on a path to the Wagga Gold Cup in early May with another run in the Murrumbidgee Cup (1800) in late April expected to top him off nicely.

“He will have plenty of time to recover from this trip to Sydney,” Dale said.