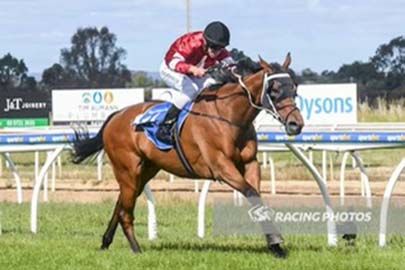 Fromista has added another win under Andrew Dale Racing notching an impressive victory at Wangaratta on Tuesday.

Fromista is in career best form having collected three wins and four other placings in her past seven starts since mid-September.

Joe Bowditch was the latest jockey to guide Fromista to victory and the veteran hoop said it was another strong showing.

“She was really good, the race mapped really well for us and that’s exactly how it turned out,” he said.

“There was really good speed, we were able to get a really nice trail in behind and she gave a good turn of foot.”

The stable heads to Tumut tomorrow with six horses and will attend Wagga on Monday.