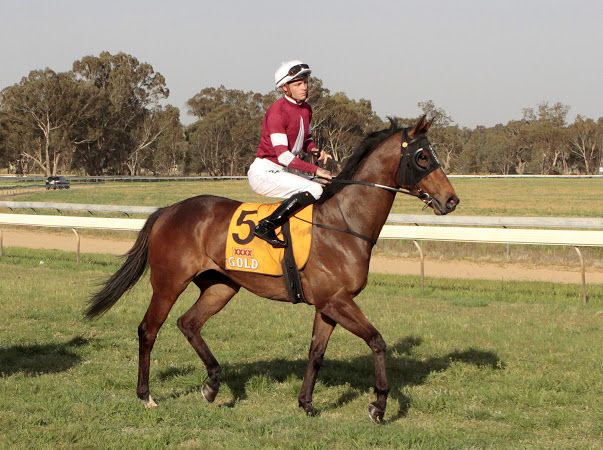 The Andrew Dale stable will take 13 horses to the races tomorrow, the most we ever have in a single day. Meets at Wagga, Wodonga and the Deniliquin will all feature ADR runners with at least three horses at each location.

The action starts in race 1 at Wagga with Abyssinia and Colonnade out to break their maiden in what will be the pair’s second and fifth starts for the stable.

Last-start winner Parliament once again looks the best of our chances and will line-up in the 1600m Handicap in race 2 with Blaike McDougall onboard.

Later in the day three-year-old filly Pay the Deeler will make her first career start in the Maiden Handicap.

The final race of the day, a Benchmark 58 Handicap over 1300m, will be contested by Destination Rocks who has placed four times this campaign.

At Wodonga, Farstar rates as a good chance in race 3 a 1100m Benchmark 52 Handicap, with Hocked to follow in the same class the next race, but over 1590m.

Deal Master will also be one to keep an eye on with the six-year old gelding one of the leading hopes in the last race on the card, a Benchmark 58 Handicap (1400m).

Our first runner at Deniliquin will be Regal Rage who enters race 3 off a seven-day turnaround but more than capable in the 1400m Maiden Plate.

Choreograph is next up at the 1400m distance too and after a couple of mid-field finishes will be keen to improve.

Lastly, the stable’s hopes for a second Country Cup this October rest with Gagosian. A strong second-up record and 1400m being his most successful distance have him primed to do well.