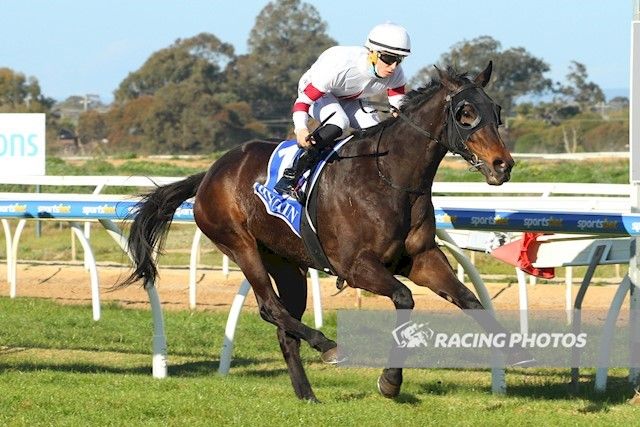 Tycoon Dreaming has kicked off his latest campaign in impressive fashion by saluting at Wangaratta in the Benchmark 58 Handicap (1300m) today.

Big odds in betting at $61 and a late pick-up ride for Lewis German after Mitch Aitken was indisposed earlier in the day, Tycoon Dreaming powered home to win by a length and three quarters.

The result wasn’t a total shock to Andrew Dale after Tycoon Dreaming was beaten by McEwan Stakes runner-up Ashlor in a recent jump out.

“There were encouraging signs going in and the recent jump out proved to be a good indication of where he’s at,” Dale said.

“Lewis rode him for luck up the fence to save ground and then he was able to make his move to the front over last 400 metres.”

It was the second win for Tycoon Dreaming since joining the stable from Albury trainer Kym Davison in March and the third career victory for the seven-year-old.

A day of blow outs at Wangaratta – Tycoon Dreaming scoots through and scores at $47.90! pic.twitter.com/KGwlWYJYKM